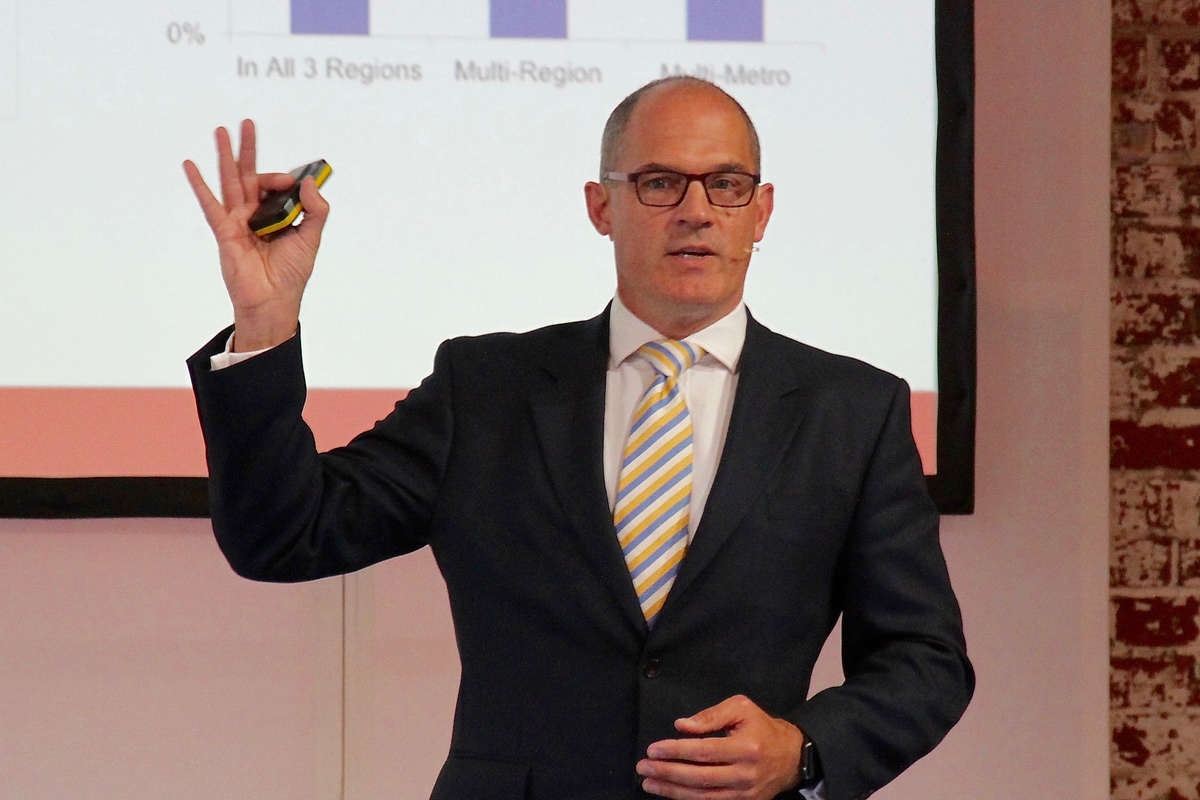 CINIA Group successfully celebrated their launch of the new cable system C-Lion 1 at 19 May 2016 in Frankfurt. Read more about the stories about the world fastest undersea cable with a capacity of more than 1 billion ISDN lines.

The Northern Digital Highway is open for business

The grand opening of CINIA’s C-Lion1 cable between Finland and Germany, the new Northern Digital Highway, took place in the Klassikstadt in Frankfurt am Main, on 19 May 2016. The submarine fiber optic cable is a cyber-secure data connection which provides direct data access and a high-capacity network connection from Finland to the rest of Europe – and, in the other direction, eventually to Asia.

The high-ranking politicians speaking at the event highlighted the geostrategic significance of this new digital highway, which opens new possibilities for not just German and Finnish enterprises.

Connectivity is key to competitiveness in the digital economy

In a live broadcast from a parallel opening event in Helsinki, Lenita Toivakka, Finnish Minister for Foreign Trade and Development talked about the significant business opportunities the cable offers.

The major infrastructure project was a public-private partnership between the Republic of Finland and the CINIA Group. As a country that lives from its exports, connectivity is key to the competitiveness of Finnish companies. The cable connects Finland to Germany, one of its most important trade partners, and will give Finnish companies better access to European markets.

Lower operational costs in Finland due to lower energy costs

Data centers are a basic infrastructure for the Internet, and the Nordic countries have invested a lot into making themselves attractive locations for global companies needing to increase their capacity with new data centers. Lenita Toivakka highlighted Finland’s much lower energy prices compared to prices in Germany and other European countries – as well as a climate suited to free cooling –both of which result in lower operational costs.

In addition to the sea cables, the country has an extensive state-of-the-art fiber network and is well connected to global networks. The northern country’s cool climate and safe and stable political and economic environment makes it an ideal location for data centers.

CINIA’s Chairman of the Board, Esa Rautalinko, was next up in the live broadcast from Helsinki. After thanking the government for their support for the cable project, he gave an example of the early success of the cable.

Work on the cable started in 2014 and by May 2015 the first major German data center operator, Hetzner Online had already signed a significant contract with CINIA, one of the largest investments in this field in Finland. He spoke about the ecosystem of activities that has been created with the better connectivity that the cable enables; research, ICT services, new business development, cloud computing and start-up platforms.

Data centers are the factories and warehouse of today

In Frankfurt, Telehouse’s Dr. Béla Waldhauser, took over the moderation and welcomed Ari-Jussi Knaapila to the stage, CEO of the CINIA Group. The European economy depends on trade and investment, he said.

After a period of economic uncertainty in Europe, countries need to put themselves into a position to compete. “Economic competition is not about beating them, but about joining them through the Internet economy.” Fast telecommunication connections, together with data centers, are the basic infrastructure of the digital economy, Knaapila explains; “Telecommunication cables and radio links are the streets, roads and highways of this new Internet economy. Data centers are the factories and warehouses of today.”

There has been up to 15–20% growth in the data center market over the past 5 years. Building data centers themselves is too expensive for SMEs, so they turn to cloud computing, which in turn improves cloud providers’ economies of scale.

The new C-Lion1 data cable is an opportunity to leverage the fastest connection possible to Northern Europe, Russia and parts of Asia, Knaapila said. Milliseconds saved or lost in transmission speed equate to money in banking and financial businesses. In the testing in March 2016, C-Lion1 exceeded 18 TBs per fiber pair by 20% – a world record at the moment.

New routes mean redundancy and therefore increased reliability of the network. New technology means higher transmission capacity. The new sea cable brings all of this to the European and global markets in one channel.

The future will bring Artic Connect, a submarine fiber optic cable spanning the Arctic Ocean, connecting Europe and Asia. This planned cable could shorten the data transfer paths between central Europe and Asia by more than a quarter compared to traditional routes, at a cost of around 1 billion dollars. While on the technical side of things it would only take about 2–2.5 years to complete, there are many political issues that still need to be dealt with. This could be a game-changer for many European businesses.

Dr. Béla Waldhauser put the capacity of the C-Lion1 into relation. In the early 1990s, users were delighted with the seemingly huge capacity of ISDN with 128 kb/s. The C-Lion1 cable can run the equivalent of more than 1 billion ISDN lines at full capacity simultaneously.

Digitalization as the driver for growth

Ms. Brigitte Zypries, Parliamentary State Secretary at the German Federal Ministry of Economic Affairs and Energy, highlighted how appropriate Frankfurt is as the city the data highway of the future is launched in.

In particular, the Klassikstadt automobile museum with its collection of classic cars for the streets that fueled economic growth in the past, is a great place to launch the digital highway; the road to the Internet of Things, Industry 4.0 and Smart services. Digitalization is the key driver for growth today.

Zypries believes that the C-Lion1 cable joins the strengths of Helsinki and Frankfurt. Whereas the cool Nordic climate and low energy prices make Helsinki an ideal location for data centers, Frankfurt is the European center for financial services and the home of DE-CIX, the world’s foremost Internet Exchange Point, with 5 Tb/s peak traffic. After Sao Paulo, Amsterdam and London, Frankfurt has the most connected Internet Service Providers in the world.

Finland has been very successful in attracting tech investors. Google has invested over 100 Billion Euros in Finland. Facebook is expanding its data center in north Finland. Hetzner Online is building a 150,000 square meter data center in the data center park in Tuusela. The climate is ideal and the low energy prices are very attractive.

Zypries pointed out with a grin that such success is only possible with tax subsidies for data centers; something that has been hotly debated in Germany and is not likely to be achieved in the current legislative period.

Erika Mann, Board Member of ICANN, a former MEP and former Facebook executive, spoke under the heading “Megacities. The New economic geography” about the infrastructure that Europe and the EU’s Single Digital Market will need in the future She pointed out that, despite their challenges, undersea cables are quite stable and not under attack like other communication infrastructure, which makes them very interesting.

She showed maps created by the journalist Parag Khanna illustrating how interconnected the world has become, and how cities – as opposed to nations – are gaining in economic importance. Cities are getting bigger and bigger and flowing into each other. Today we have megacities like London and Singapore and regions like the Pearl River Delta in China which are global hubs and demographic melting pots.

Global supply chains are becoming more dispersed and complex and these tend to correspond to the routes of undersea cables. National policy needs to be informed by looking at how these hyper-connected regions and megacities operate and how they are connected . They need a flow of infrastructure in order to be able to function and flourish as regions and economies.

Stay national, but together create a uniform umbrella to be competitive in a global world

The challenge is to find a way of keeping cherished national identities intact and keep national regulations in place while finding a uniform umbrella wherever it is needed to allow trade and movement across national borders. Europe is starting to understand this. We need to find ways of remaining nation states and at the same time being part of the greater Europe and the European Union and part of the global world that is currently being shaped.

This is the task facing the European Union. Open borders and common standards help create an umbrella for a more global world. The concept of the Single Digital Market needs to be reframed to create more European uniformity where it is needed. The new data privacy regulation is a piece of this puzzle, as are issues such as data security. Even more important is investing in infrastructure and improving the undersea cable infrastructure to allow more connectivity.

Links such as undersea cables build ties, not just trade ties, but also geostrategic ties between countries. Governments need to invest in such infrastructure in partnership with companies, as the Finnish government did with CINIA, and not leave it solely up to private enterprise.

The Finnish Ambassador to Germany, Ms. Ritva Koukku-Ronde, highlighted Finland’s expertise and know-how in digitalization. In terms of human capital, 91% of the population are regular Internet users and the Finnish workforce has by far the highest per capita proportion of ICT specialists in the European Union. She hopes the new Northern Digital Highway will increase the economic connections between Finland and Germany.

Germany is one of the biggest foreign direct investors in Finland, but there is still room for growth. As she pointed out, there are several investment-ready locations for data locations in Finland still available.

more infos about the eco LocalTalks...